Preparing for the licensure exam is not a joke. Every registered engineer in the Philippines knows how it is like to spend long nights studying, understanding formulas, memorizing calculator techniques, and being pressured to pass and get the engineering license.

This is why when an engineering graduate is able to conquer the licensure exam, he or she is treated with high regard by many. To pass a licensure exam is already an achievement in itself.

But what more if one passes two licensure exams? And he or she emerges as a topnotcher in both?

Michael James graduated his bachelor’s in civil engineering at Saint Mary’s University in Bayombong, Nueva Vizcaya in April 2014. He barely had 3 months to prepare for the licensure exam – and had fever on the week before the exam day – which makes his success more remarkable and inspiring.

Now working as a freelance estimator and civil engineer, the 24-year-old is also an accredited Materials Engineer 1 of the Department of Public Works and Highways. Moreover, he is recognized as a Technician Level 1 in ACI – Aggregate Testing, Concrete Strength Testing, and Concrete Laboratory Testing.

No wonder that Michael James has achieved so many things in life: he is a firm believer in God. In the full transcript of our e-mail interview found below, he often quotes a Bible verse when he sees fit. This mindset, for sure, has greatly contributed in his many successes. He also revealed in this interview a few things about his review days, family life, college experiences, and tips on how to become like him: Why did you choose that course? Who or what was your inspiration?

I chose to become a civil engineer because during my childhood years, when I was about 10, our house was being constructed. That took five years to complete because of a tight budget. And during those times, my dad, who is a civil engineer and materials engineer, managed the construction together with my mom. They were awesome for me.

Also, during elementary and secondary level, I was good in mathematics. My father told me that it is one of the basics in being an engineer, so I felt that I will be happy in taking the course.

What are your favorite subjects in your entire engineering study? How about least liked subjects?

My favorite subjects would be Strength of Materials and Engineering Economy. The latter one we could apply well in real life because of money. Haha!

My least liked subjects would be Mathematics especially Plane Trigonometry. It’s the main reason why I did not graduate with honors because my grade was 2.75. I’m not that bad on the subject, but I got the grade only because I was not focused on my freshman year and some error came up with the computation of my grade.

As high school student, I aimed to be an honor graduate in college but because of my carelessness I was not able to achieve that dream. But still I know God has better plans for me.

“For I know the plans I have for you,” declares the Lord, “plans to prosper you and not to harm you, plans to give you hope and a future.” Jeremiah 29:11

Have you had any subject failures or disappointing academic performance to the very least? If yes, what did you do about it? How did you cope?

However, I still was not qualified as a scholar wherein I can avail discounted tuition fees. But I still persevered and became a consistent dean’s lister in our department.

Do you have any study tips or tricks that you think others should emulate from you?

What is the best engineering school advice that you can give to other students?

I think it’s not particularly an engineering school advice but more of a general statement. It is stated in the Bible: “Lazy people want much but get little, but those who work hard will prosper.” Proverbs 13:4

This means that if you have abig dream but you do nothing, nothing will happen to that dream of yours. Sabi nga nila, “Sa Diyos ang awa, sa tao ang gawa”. So study hard.

Second is by trusting God. I had doubts that I will become insane because of studying but it was all gone when my father read to me a Bible verse via Skype, “Trust in the LORD with all your heart And do not lean on your own understanding. In all your ways acknowledge Him, And He will make your paths straight.” Proverbs 3:5-6

Also, try to remember the sacrifices of your parents or the one sending you to study especially to those whose parents are OFW. Their sacrifices are worth a lot. My father used to be one when I was still studying.

I also experienced being an OFW for 1 year in Djibouti, Africa and Okinawa, Japan and it was hard, especially during holiday seasons.

What were the greatest struggles that you experienced while preparing for the board exam? What did you do to overcome them?

I had many struggles in my preparation for the CE Board but the three that is worthy to mention would be:

It’s good my roommate Noel was there to help me whenever my fever would go high. But two days before the board exam, I went to our house in Makati because I was cautious that I could somehow disturb the preparation of my roommate.

On the first day of the exam, I was shocked my mother traveled to Makati all the way from our hometown to take care of me because of my fever. It gave me an inspiration to do well in the exam although I still have some chills. But I was able to overcome the board exam with the support of my family and praying to the Lord. If it was only me I could have been mental blocked during the exam or feel worse but I thank God that He was with me.

I opened my charging phone and came upon a lot of text messages. Someone called and told me that I am the third placer in CE Board. I was quite shocked with the results. I am very thankful to God.

The struggle was when I went home and saw the ratings of the topnotcher. I realized I only needed one point to be the first placer.

But during the master plumber licensure exam, I was able to land in the first place. Even though it is not the CE Exam, I can tell the feeling is very different. I am much happier.

I say that God has the plan for me not to gain the top 1 in the CE exam. Because if I topped, I would not have the courage (yes, I heard that from 1st placers in CE prior to me) to take the master plumber exam or the materials engineer exam which is another plus to my CV and to my work now.

Aside from the one point item misfortune I had in the CE board exam, I already experienced it many times in various Civil Engineering Quiz across the country wherein I only needed one point to be in the top 3 which are: Engr. Ramos (in white shirt) gets the award for being a champion in a Regional Quiz Bee held at University of Saint Louis Tuguegarao, January 2014. Photo supplied

Did you enroll in a center for your review? Do you recommend doing so? Which one did you go to?

For both the CE exam and Master Plumber exam, I enrolled in Megareview & Tutorial Center. I learned topics that were not tackled in my college years. Also, there were lots of techniques and shortcuts that I learned at the review center.  Aside from the things on the subjects in the exam, they are also sharing worthy tips on taking the board exam and the actual experience in taking it.

To this date, I am teaching in Megareview & Tutorial Center but in a part-time basis only.

How did you find the board exam? Easy, average, or difficult?

On the CE board exam, I studied well but due to the fever that I had, I find it average. Because of the duration of the exam that is total of 9 hours in the first day I can feel my body shaking. A feeling I don’t feel during pre-board exams in the review center.

On the Master Plumber, although I studied at the best of my abilities, I still found it difficult. My rating on CE exam is 94.80 while on the MP it is only 82.00.

What were your expectations after you took the board exam and before the results were out? Did you have a feeling that you will be at the top?

For the CE exam, I expected I will be on the 11th place and have a one-point misfortune, thinking that it happened to me many times before during the Quiz Bee days in college.

For the MP exam, I only expect to pass since it was really difficult.

What did you do the first minute you discovered you topped the board exam?

On the CE exam, tears just fell down as I have heard the results. I said “Thank You, Lord” multiple times. People in Ministop, where I was when I got the news, was looking at me thinking I was crazy.

On the MP exam, I was also thankful to God and I also cried. I was at the review center during that time with my girlfriend when I knew about the results.

Who do you owe your success to?

I owe it to my GF, as in God and Family. Of course my girlfriend is also part of that family!

To God, he is the alpha and omega (Revelation 22:13), thus he is infinity. Also pressure equal to force over area. If we divide any huge amount of force by infinity, we will get a near zero value, thus if we make God our area for success we will feel negligible pressure in everything we do.

It was mentioned in James 1:17 that “Every good and perfect gift is from above, coming down from the Father of the heavenly lights, with whom there is no change or shifting shadow.”

To my family, to all their sacrifices to raise me and inspire me each day. To my girlfriend Fae, who is always there to support me.

What incentives did you get from your university and review center after your board exam success?

Part of the money we use to celebrate, some I put in the bank.

Give 5 important tips for future board exam takers who aim to become topnotchers. Being a Topnotcher is This Electronics Engineer’s Way of Redeeming Himself from Failures in College. Click here 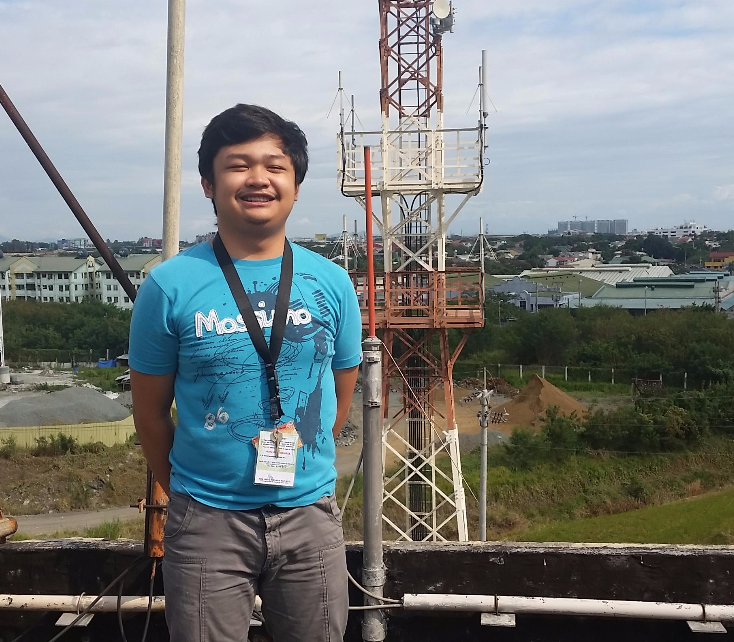 Calculus Hailed as the Most Hated Subject by College Students