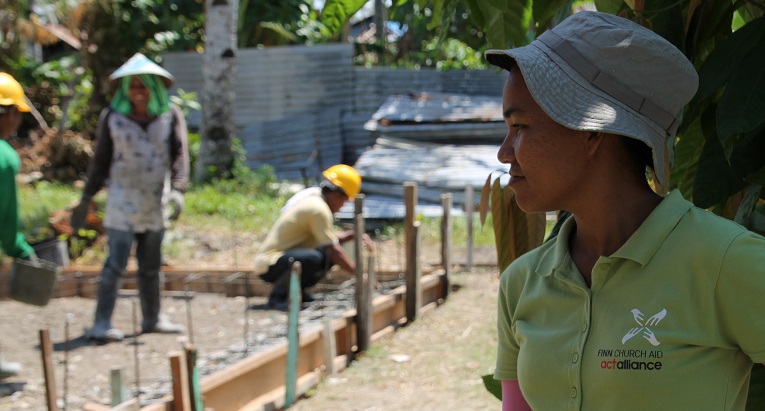 Memories of Typhoon Yolanda still remain in the heart of every Filipino, especially those who were affected by it. But with every calamity Filipinos face, there comes a story of hope and resilience that can inspire millions of people. Rizel Mayo, a Filipino engineer, inspired us with hers after she completely devoted her time in helping rebuild her community after Typhoon Yolanda struck her home last November 2013. 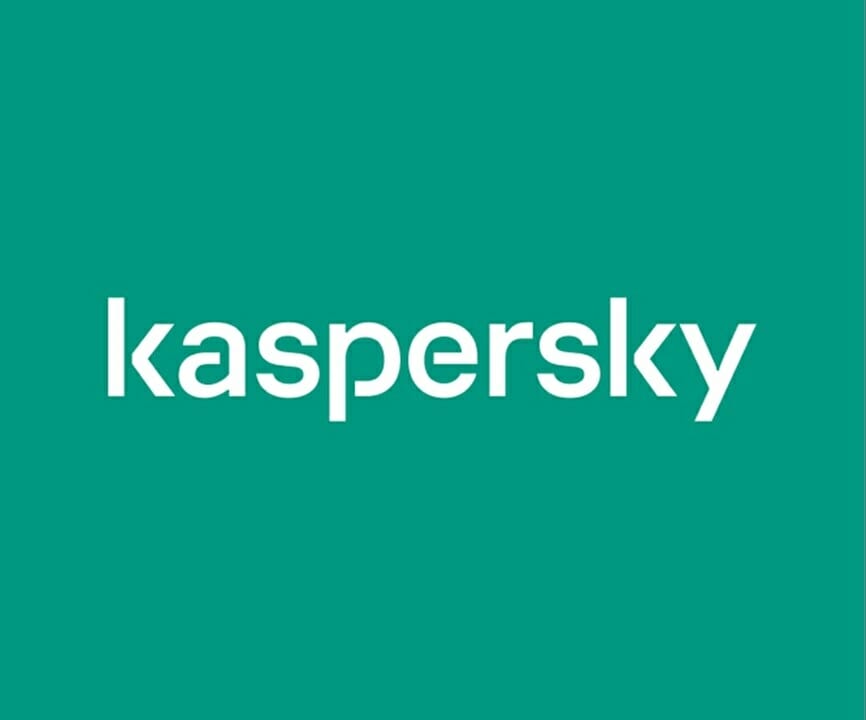 When the typhoon hit Mayo’s home, her family was trapped inside their house. They managed to survive when the door was washed away and they were able to get to their roof. They had to hold on to the edges while lying flat on it. After the typhoon, they had to live with her parents-in-law. 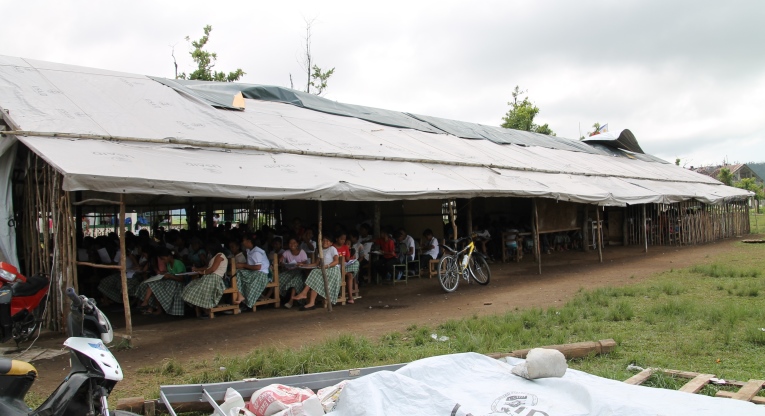 In 2014, children affected by the typhoon had to study in crammed areas and used tarpaulins for their “classrooms”.

Mayo was only 27 years old when her hometown was struck by the typhoon. Working with four Filipino engineers and two Finnish engineers, they provided classrooms for the children after hundreds of schools were destroyed. This project was led by Finn Church Aid, an ACT Alliance member. Through their efforts, 47 classrooms were rebuilt and hundreds of children benefitted from them. 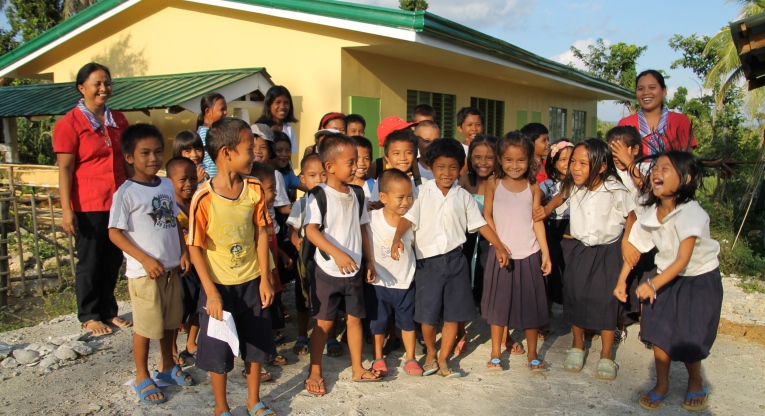 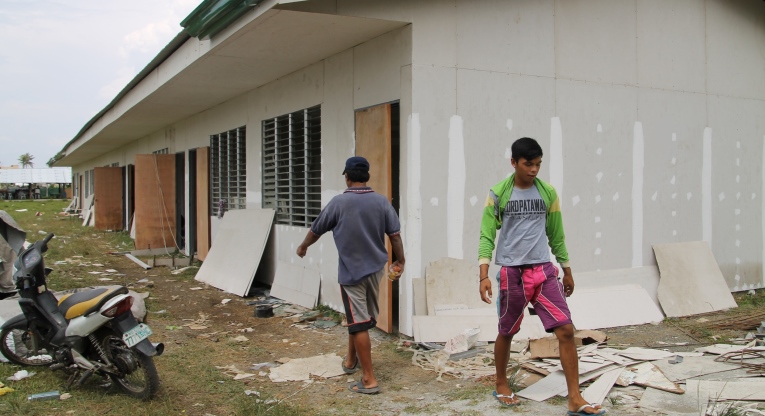 According to Mayo, “I like my job because we provide comfortable classrooms for the children…The work has been slowed down by difficulties in getting materials, and keeping up with the deadlines has caused pressure. And it has been difficult to hire skilled workforce because everyone is employed now.”

Throughout the process, Mayo had to travel in different rural areas in Eastern Samar. She had to leave her two kids with their father and grandparents during weekdays. However, she found her job to be very meaningful especially working on two classroom buildings in Salvation in Jinamoc Island, her village, which is located at Basey, Samar. Her job included monitoring the mixing of the concrete and monitoring the placing of steel bars properly. She said, “The model of the building is very good – it can sustain hard winds and rains. It is safe.” One of the students who eventually went to the school she built again was her daughter, Eunice, who was five years old then. 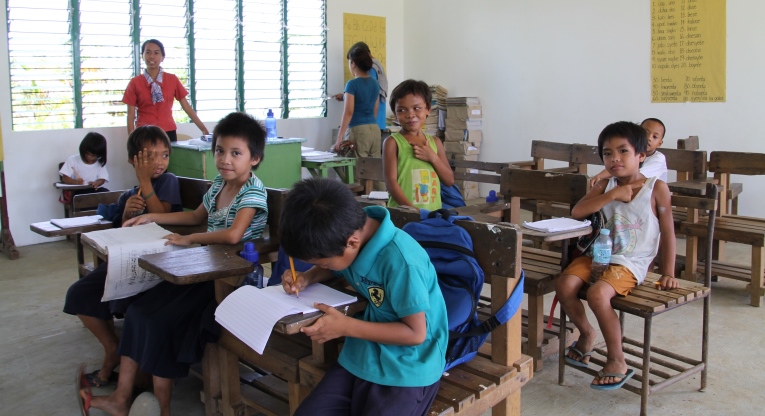 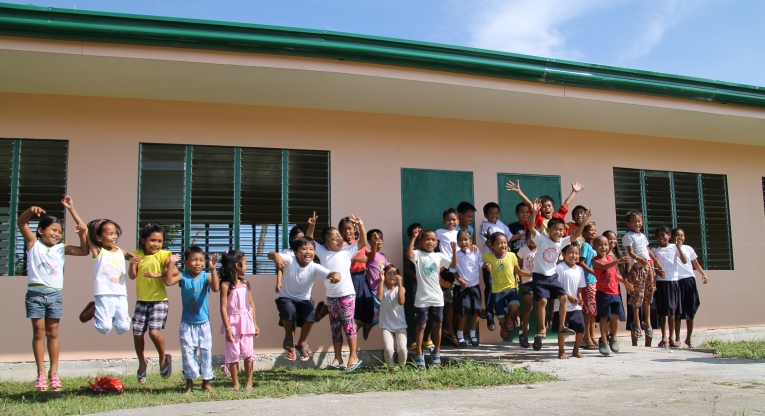 Mayo’s story was originally published by the Finn Church Aid, the largest Finnish development cooperation organization that aims to assist in humanitarian services.

How This Engineer Helped Her Hometown After Typhoon Yolanda 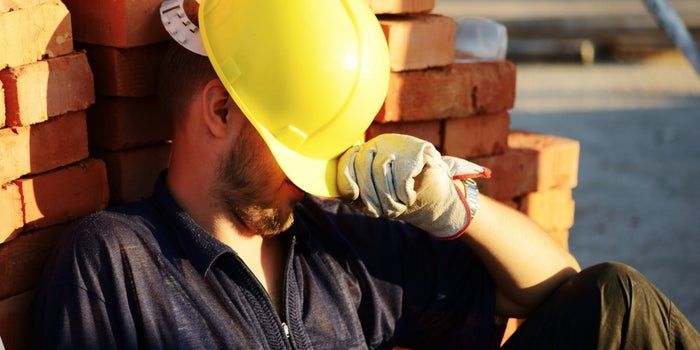