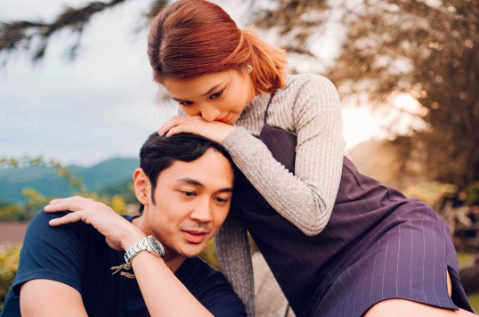 I first heard of Slater Young when he joined the famous TV show here in the Philippines, Pinoy Big Brother: Unlimited. When he won the reality show, he spent a short time acting. You might have seen him in shows in ABS-CBN such as E-boy, A Beautiful Affair, Ina Kapatid Anak and Juan Dela Cruz. But in case you missed it, he is also a civil engineer. He is currently an entrepreneur based in Cebu, Philippines. He may have stepped out of the limelight now, but he’s still quite popular especially to the fans of the Pinoy Big Brother franchise.

As for Kryz Uy, she’s well-known in the fashion and travel blogging community. Being active in her field of work for 7 years, she has travelled the world and inspired countless young women to follow their dreams as well. I’ve been her fan ever since I first heard about her when I was still in my third year in college. Being an engineering student who wanted to dress up back then, I always checked her blog for inspiration. Come to think of it, she was one of those personalities who inspired me to write, dress up and travel as well. She is beautiful, she is smart and she looks like the kind of woman our parents want us to be friends with. For every Filipina who knew about her, Kryz Uy is legit #goals!

She just also launched her new book, Behind The Blog. Go check it out!

So when I found out that these two are together, I really got excited for them (even though I don’t know them). Despite their busy careers, you would see how they still make time for each other. Scrolling through their Instagram accounts, you can see how deeply in love they are to each other. And isn’t that what we, busy millenials, want? To be successful in our careers and being in a loving relationship as well.

So, when I reached out to Ms. Uy and asked for an informal email interview, she was very kind enough to send her responses to the questions I sent her. Maybe we can learn a thing or two about their relationship and she gives an advice on how to make it work despite their busy schedules.

My number one supporter. (After dad :p) Thanks for being more than I could ever ask for. ❤️ @thatguyslater

If you are an engineer (or even if you’re not) who happens to be in love with another engineer, you may be able to relate with Ms. Kryz Uy herself. In her answers, she shares the perks of having an engineer boyfriend and even gives her advice to engineers who are interested to pursue a career like hers.

Before meeting Engr. Young, what was your impression of engineers?

How, where and when did you meet Engr. Slater Young?

I met him years ago through common friends in Cebu before he joined showbiz.

Having met different people with diverse careers, what does it feel like to be in love
with an engineer?

It’s nice having someone so handy and so smart.

He always fixes my lights and invents cool stuff for me 🙂

He is very passionate, smart and cute of course!

Upside down or side by side- it's you and me. #naks!!! ❤️ @thatguyslater #travelwithdfs

Describe him as a boyfriend.

Are there any perks of being with an engineer?

He screws on my lightbulbs!

Is he romantic? Do you think engineers are romantic?

He’s not the typical romantic ,

but he shows his love in the little things- like getting into photography to have a hobby we can share.

Now that you’re together with Slater, do you find engineers to be sexy?

Only Slater is sexy in my eyes LOL

Describe him as an engineer.

He is brilliant. He was able to come up with a revolutionary product adapted from Europe called the Light weight concrete blocks. They’re just as strong as hollow-blocks but lighter and more cost effective. They’re also insulated! He’s the only one producing it in the Philippines right now, and he did the entire mix on his own from scratch!

Despite your very busy schedules, how do you both make it work?

We trust each other and

see each other when we can.

By experience, what is the most challenging part of being in a relationship with an
engineer?

It would be his busy schedule,

but mine is busier so patas lang kami haha.

What’s your advice on young engineers who want to pursue a career in fashion and traveling?

You have nothing to lose and only the world to gain.

A more literal rendition of Ride of Die. 🏄🏻 #thirstythoughttravels

Read more  Why I’m Choosing My Engineering Career Over Love and Marriage
A sensitive flirt, an awkward tease and a metallurgical engineer, surprisingly.

Can Bioengineers Directly UPLOAD Skills To Your Brain? 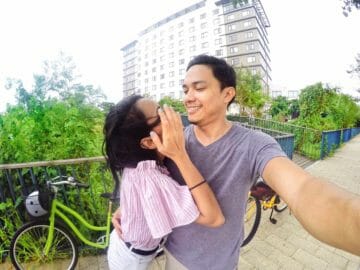