If you don’t have your own subscription of Netflix, you’re missing out on their shows. From the award-winning show The Crown to the much-talked about hit Stranger Things, everybody’s hooked on any original series released on Netflix. Not to mention all the classic shows and beloved movies they have in their lineup every month.

Our weekends are more entertaining now thanks to Netflix and we don’t even have to leave the comfort of our own homes. Did you know that a Filipino engineer is the Director of Video Algorithms at the company? She was even featured on Business Insider’s list of “The 43 most powerful female engineers of 2017”.

In her Stanford profile, she shared, “I am a member of the Image, Video and Multimedia Systems Group, the research group of Professor Bernd Girod.  My research is on distributed source coding and its applications. Using Wyner-Ziv coding, we are developing a low-complexity video encoder for wireless cameras and a novel error-resiliency technique for video broadcasting. We are also applying distributed souce coding techniques to compression for large camera arrays and random access of light fields. ” Receiving the #ICIP2016 visual innovation award runner up in behalf of @reedhastings pic.twitter.com/JtdaYIFDBB

Me at #netflix #womenintech speaking about 250kbps video. Next to Crazy Eyes. pic.twitter.com/XvDT3V7RyU

Before working for Netflix, she was a Senior Software Engineer and Technical Lead for Media Processing in Dyyno Inc. She developed “practical expertise in video streaming and peer-to-peer networking”. Then later worked for Cisco, where she was the engineering lead for the video codec components of FlipShare.

When she started working for Netflix in 2011, she was the Senior Software Engineer for its Encoding Technologies and later became the Manager for Video Algorithms in 2014. According to her LinkedIn account, she noted, “As Director of Video Algorithms at Netflix I lead of team of software engineers and research scientists responsible for video analysis, processing and encoding in the Netflix ingest and encoding pipeline. We build software in the cloud that encodes and processes video and images at scale. Our team drives innovation that enables more than 93 million Netflix members worldwide watch TV shows and movies with the best video quality possible.” In an industry where men usually dominates the work place, it is empowering to see women like Aaron lead people and create something that helps viewers watch their favorite shows with the best viewing experience possible. Clearly, women are putting a mark in the tech world.

“This Filipino is Part of the Top 0.15% Programmers in the World”. Click here Dubai is a Better Place for Driverless Cars than America 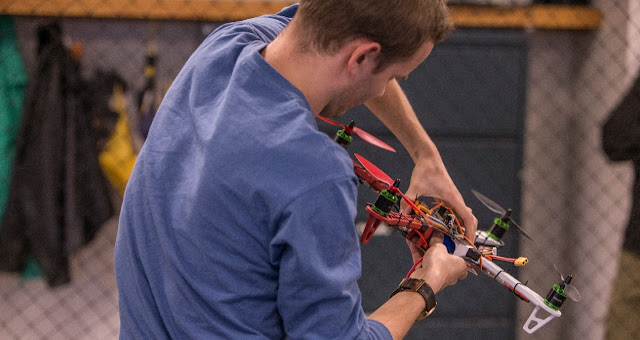 Researchers Are Teaching Drones to Land on Moving Objects