Long distance relationships can be difficult to manage, especially when we long for the physical touch of our loved ones. This is why researchers at Carman Neustaedter’s Simon Fraser University Lab have designed a pair of interconnected gloves called Flex-N-Feel. When one of the users would ‘flex’ in one of the gloves, the actions will be transmitted to a remote partner that is wearing the other. The tactile sensors of the gloves allows the wearer to ‘feel’ the movements.

To be able to capture various hand movements, the sensors are attached to microcontrollers. The sensors provide a value for each movement, and then the values will be transmitted to the “feel” glove by the means of a WiFi module. The sensors have been strategically positioned on the palm side of the fingers so that the user will be able to better feel the touch. It also has a soft-switch on both gloves so that either partner can initiate the touch.

The research is being lead by Carman Neustaedter, an associate professor in SFU’s School of Interactive Arts and Technology (SIAT). “Users can make intimate gestures such as touching the face, holding hands, and giving a hug,” Neustaedter said. “The act of bending or flexing one’s finger is a gentle and subtle way to mimic touch.”

These gloves are still in the prototype phase, and the testing is still ongoing. According to Neustaedter, while one set of gloves enables one-way remote touch between long-distance partners, a second set can allow both to share touches at the same time. 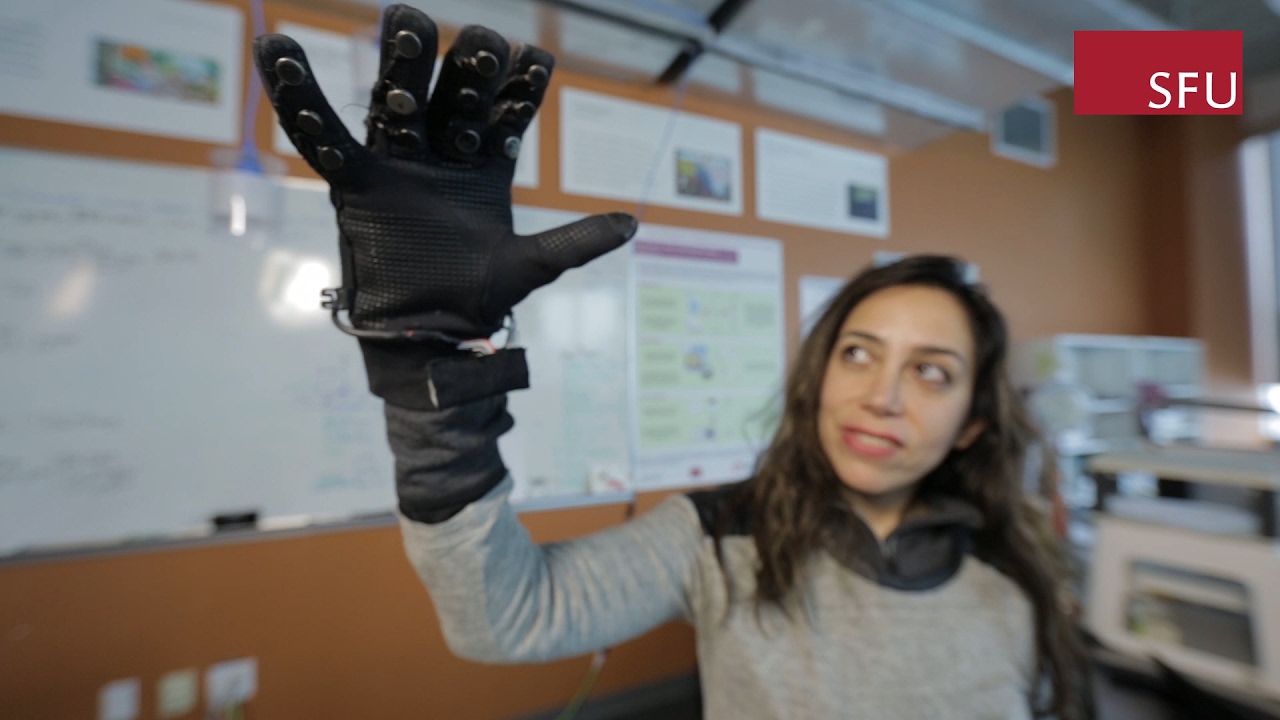 Researchers are also working on other projects that also focuses on the same theme. An example is a virtual reality video conferencing system that lets a user “see through the eyes” of a remote partner. Another enables users to video-stream the activities of a remote partner to a long distance partner at home. The researchers are also studying on how next-generation telepresence robots are capable of helping unite couples and participate in various activities together.

According to Neustaedter, “Long-distance relationships are more common today, but distance don’t have to mean missing out on having a physical presence and sharing space. If people can’t physically be together, we’re hoping to create the next best technological solutions.” FYI: Not All Bridges Are Over Water, Just Like This...