There is no stopping genetic engineering. Even glowing fishes for your aquarium.

Genetic engineering has allowed us to create animals that cannot be found in nature by changing a few genes here and there in the animal’s genome sequence. Well, it might still be a longshot to create a pig that can literally fly or even a unicorn. Nonetheless, other things are possible.

One example is that we can get glowing fishes. Get rid of all those bright annoying toys in your aquarium. With these cute little fluorescent swimmers, your aquarium will never be the same again.

Such fluorescent fishes were created way back in 1999. Scientists used a zebra fish for this purpose. To the zebra fish, they added a gene that controls fluorescence. This gene was derived from a jellyfish which is capable of producing green fluorescence naturally. The gene was added to the embryo so as to let it integrate into the genome of the zebra fish. Later, scientists used a gene from sea corals to get a red zebra fish and orange-yellow from a variant of the earlier jellyfish gene.

The scientists had a good ecological and scientific reason to do so. Their aim was to detect pollution by means of fishes that would shine when exposed to environmental toxins. Fishes with constant fluorescence was just the first step.

Now, when you have something as cool as that, you know people will love it. Yorktown Technologies realized how awesome genetic engineering is and they went ahead and purchased the rights to sell colorful fluorescent zebra fishes under the brand name GloFish.

Nowadays, we don’t have to limit ourselves to just our ordinary fishes. You can take your pick from orange, yellow, red, blue, purple and even pink!

Glowing Fishes – Why and How they Glow in the Dark? 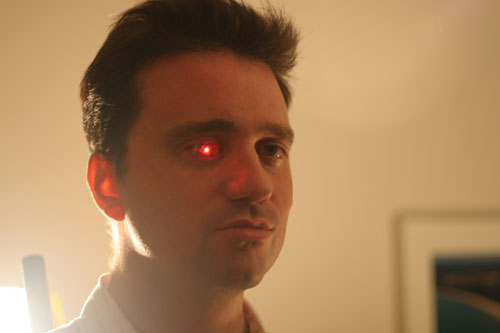