Ford announced recently that they are developing a fully-autonomous car that doesn’t have a steering wheel, or gas and brake pedals.

The auto industry giant expects the vehicle to be ready by the year 2021, and will be created specifically for ride-hailing and ride-sharing services. It will be just like Google’s prototype self-driving cars which don’t have pedals or steering wheels as well, since according to them, it “lets the software and sensors handle the driving.”

Ford will be doubling their Silicon Valley team and its campus in Palo Alto, California to be able to reach this goal. They have also acquired and invested in some startups that specialize in technologies that can help in the advancement of its self-driving vehicle. This includes their purchase of Israeli computer vision and machine learning startup SAIPS, its investment in Silicon Valley-based Velodyne, which makes light detection and ranging sensors (LiDAR), and an investment in Civil Maps, which focuses on 3D mapping technology.

No Steering or Pedals for Ford’s Autonomous Vehicles

Hands Free Camera Allows You to Take Photos by Just... 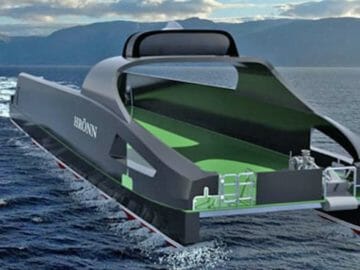