by Emmanuel Stalling
1 year ago1 year ago
5kviews
3
5 shares, 3 points

Do you have your own technology definition?

For most of us, our knee-jerk definition of the word “technology” is likely to revolve around smartphones, gadgets, computers and robots that make our lives easier. This is correct, but of a limited perspective. Rather, “technology” as defined simply by Merriam-Webster dictionary, is the use of science in industry, engineering, etc., to invent useful things or to solve problems; or a machine, piece of equipment, method, etc., that is created by technology. But this isn’t exactly what Mark Zuckerberg, one of the most famous tech entrepreneurs of our time and now Facebook CEO, has in mind.

Zuckerberg had a second live public Q&A in a public town hall in December 2014, following one conducted a month before. While the first one revealed almost nothing of particular significance except the notice on his wearing of the same type of t-shirt everyday, his take on the movie The Social Network, and Facebook losing its charm, the second one had more of Facebook CEO’s insight especially on the definition of the word “technology.”

One Brazilian user during the interview session asked via the comments section of the chat about how Facebook could make users more social in real life. It is under his assumption that Facebook cuts more time actually socializing, and perhaps transforming how we interact we each other. And Zuckerberg gave a rather philosophical response:

“What defines a technological tool — one historical definition — is something that takes a human’s sense or ability and augments it and makes it more powerful. So, for example, I wear contact lenses or glasses; that is a technology that enhances my human ability of vision and makes it better.”

Read more  Surprising Filipino Inventions You Might Want to Know About

He supported this statement saying that the point of social network is to “extend the really fundamental human capacity for maintaining social relationships,” followed by a sociological research reference called the Dunbar’s Number. He said, “One of the things that I think that we can [do] through Facebook is make it so that you can maintain relationships with many more people.”

Dunbar’s Number is attributed to evolutionary anthropologist Robin Dubar, who said that we can only ever have 150 friends at most to be considered in a stable social relationship.

The same Q&A session also produced a discussion about how Facebook could be used as a medium in evil ways, like developing weapons and launching cyberattacks. Zuckerberg is of course aware about these tendencies on the social networking site, to which he answered earlier in the talk about why the world’s biggest social networking site could help resolve the on-going issues of racial tension and police brutality. He posted in his Facebook timeline, “A greater diversity of perspectives is also important for creating understanding. Before the Internet, we might have only gotten our news from a few TV stations or newspapers. Now we get updates from many more people and sources.”

Nevertheless, Zuckerberg’s answer as a whole is representative of what tech leaders are now thinking about – they are all crazily finding ways to put technology to transform the lives of the people, to the point that we are already superhuman: faster, stronger, and smarter. Their stereotypical optimism, like the one Zuckerberg displayed, is overreaching. But the common goal is to use technology, by whatever definition given, as a powerful tool in creating connections, solving problems of different scales and impacts, and ultimately making our daily lives easier. 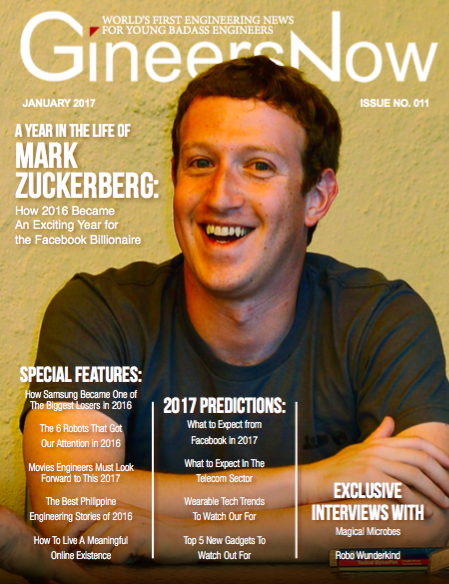 Technology Definition According to Mark Zuckerberg

Aiming for the Gold: Successful Teamwork and International Handball -... It Might Get Worse: The Best Prediction About Asia’s Water...