Russell Kirsch used a picture of his infant son to capture the first 176 x 176 pixel, digital image, using an apparatus that transformed the picture into the binary language of computers using a grid of zeros and ones. It was the first digital image captured by a digital device. His work laid the foundations for CT scans, satellite imagery and gaming technology that we know today.

Russell Kirsch and his son, years after the first digital image was taken

Despite the discovery, Kirsch was very unhappy with the results. The use of squares as pixels shattered the smoothness of images captured on film. He says. “It was something very foolish and everyone in the world has been suffering from it ever since.” Now, the retired eighty-one-year-old genius decided to do something about it.

Inspired by the mosaic builders of old, who constructed detailed scenes using variable bits of tile. Kirsch has written a program that turns chunky square pixels into smoother variable shaped pixels. He tested the idea on his now fifty-three-year-old son and the result is a far smoother rounder image. Kirsch expects his creation to find an application primarily in medical imaging. Looking at the huge difference in image quality I think you may well see his software appearing on a phone camera sometime in the near future.

This can serve as a wake-up call to all of us— especially all you natural-born innovators. Whether you are in your teens, 20’s 30’s or even your 70’s, remember this guy! He just proved to us that improvement and learning doesn’t end! Like the old saying, “it’s never too late to try something new!”

This was the First Digital Image Captured 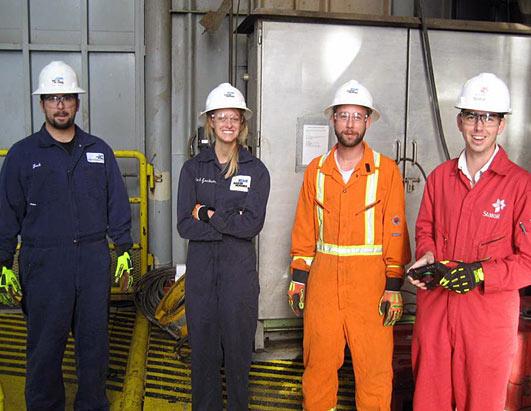 20 Items Every Engineer Should Always Have The World’s Best Air Conditioners of 2016