We’ve all broken one of our touch screen devices at some point in our lives. Whether it be because it fell down, or we tried to make it fit in someplace it shouldn’t, or just accidentally sat on it, we’ve all probably thought it would be so much easier if our touch screen devices can bend and fold. So far, we’ve only seen these things in either science fiction, or for a very expensive price on a tech company’s website. But the game has changed, and now researchers from the University of British Columbia, Canada have developed a new and cheap sensor which can potentially be used to create foldable tablets and smartphones, or even artificial “skin” for robots.

The sensor is made out of 2 layers of silicone with a highly conductive gel in between them. It can detect touch motions, such as tapping and swiping, as well as your finger hovering above the screen, and it works even when folded or bent. “There are sensors that can detect pressure, such as the iPhone’s 3D Touch, and some that can detect a hovering finger, like Samsung’s AirView” says Mirza Saquib Sarwar, a Doctoral student of electrical and computer engineering at UBC. “There are also sensors that are foldable, transparent and stretchable. Our contribution is a device that combines all those functions in one compact package.” 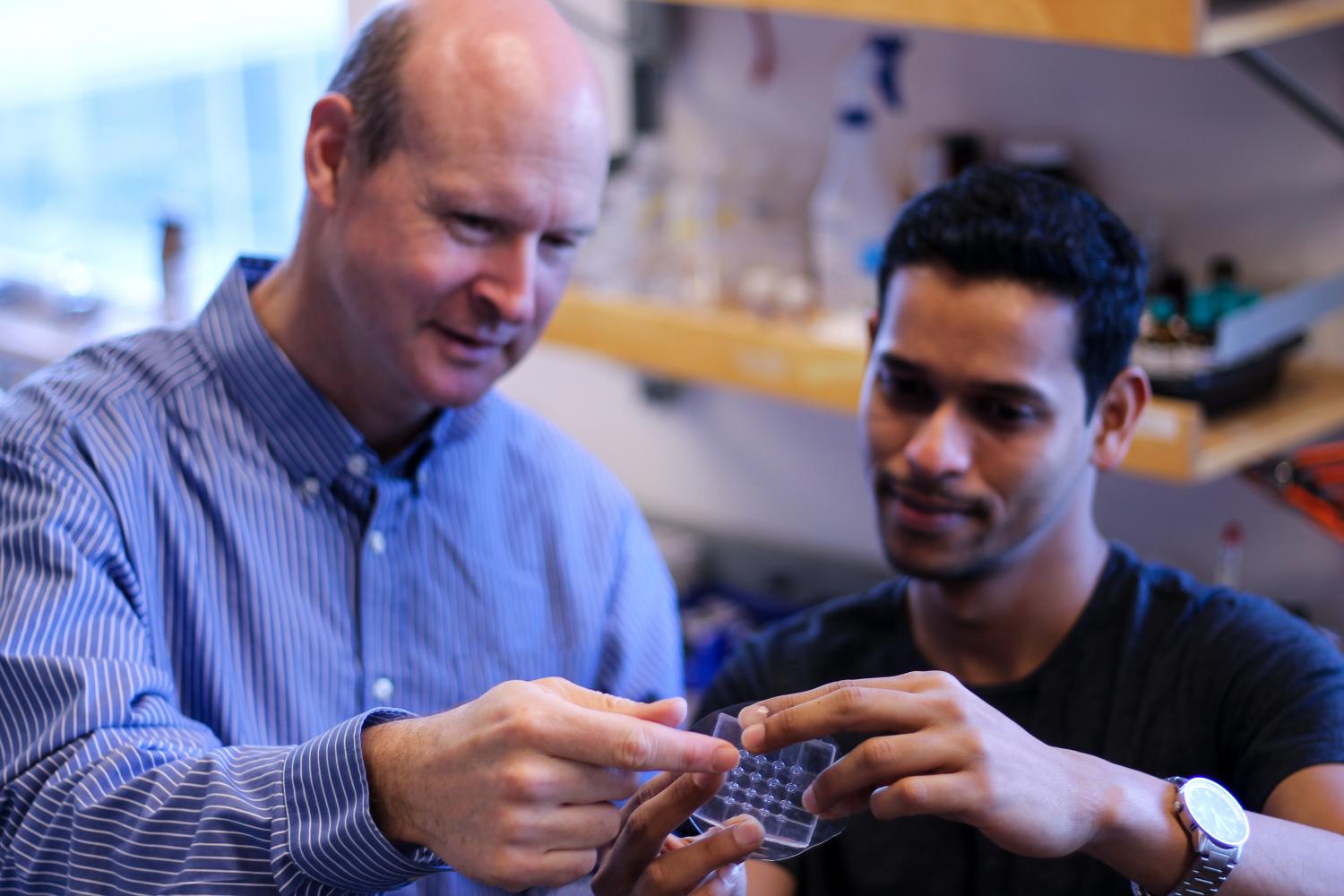 The prototype that the team had created was only a square 5cm by 5cm, but it could easily be scaled up to a much larger size as it uses inexpensive and easy to find material. “It’s entirely possible to make a room-sized version of this sensor for just dollars per square metre, and then put sensors on the wall, on the floor, or over the surface of the body — almost anything that requires a transparent, stretchable touch screen,” explains Sarwar. “And because it’s cheap to manufacture, it could be embedded cost-effectively in disposable wearables like health monitors.”

The sensor could also be used as an artificial “skin” for robots, which would allow them to detect the presence of a nearby object or human, making human to robot interactions safer. “Currently, machines are kept separate from humans in the workplace because of the possibility that they could injure humans,” says John Madden, supervisor of the research team and professor in UBC’s applied science department. “If a robot could detect our presence and be ‘soft’ enough that they don’t damage us during an interaction, we can safely exchange tools with them, they can pick up objects without damaging them, and they can safely probe their environment.”

The study was published in the journal Science Advances.

This Flexible Sensor Could Lead To The Development of Foldable Smartphones