In the early 2000s, no one could have imagined that 287 billion dollars would be invested in “clean” energy in 2016, that 86% of new installed capacity in Europe would be renewable, that China would be a super-power (also) in this industry, or that half of green investments would be made in emerging economies.

The green economy has been characterized by overwhelming speed, greatly exceeding expectations. Enel Green Power (EGP), the Enel Group’s renewables division, has risen to the challenge of the renewables industry in these years, becoming an indisputable key player.

Since 2012, we have been awarded about 6000 MW in new contracts, the latest being 339 MW of solar power capacity and another 540 MW in new wind capacity in Spain. This recent addition is the result of our victory in a tender for 3000 MW of renewable capacity. The tender was put forward by the Spanish government as part of an effort to reach the objective of covering 20% of energy consumption through renewable production by 2020. In recent years we have also won 291 MW in new wind capacity in Russia and the acquisition of the Bungala project in Australia, the largest PV project under construction in the country. The plant will be located not far from the city of Port Augusta, in South Australia, an arid and flat territory. The abundance of renewable sources and the increasing demand for green energy make Australia a country of great interest for us.

We also brought to the Indian market the latest renewable technology and global best practices. Today we operates wind plants in the States of Gujarat and Maharashtra with a total capacity of 172 MW and a total annual production of about 340 GWh. India is well positioned for rapid expansion in the renewable energy industry owing to its high population and economic growth. The current Indian government has set a target of achieving 100 GW of solar and 60 GW of wind power generation capacity by 2022, up from around 4 GW of solar and about 23 GW of wind today. EGP has positioned itself to respond to this market opportunity through this acquisition.

Our growth in the Asian continent also involves many other Countries. In Indonesia we have been awarded the right to hold the license to explore geothermal resources and develop the 55 MW Way Ratai geothermal power project in the Way Ratai area, in Indonesia’s Lampung province, The project is the first to be developed by EGP in the country, marking the company’s entry into Indonesia’s renewables market. Indeed, we bring to the country its huge experience on geothermal power generation: from the centuries-old experience acquired in Tuscany (Italy) with one of the largest geothermal complexes in the world, we are reinforcing its position on the international markets with such initiatives abroad.

After expanding eastward with entries in India, Indonesia and Australia, now it’s time to look to some other very interesting countries of the region, such as Vietnam and Thailand. Indeed, to monitor opportunities in South-East Asia and Oceania area, in 2016 we have opened an office in Singapore.

Last year alone, we exceed the threshold of 2,000 MW in new capacity, another record, but one that won’t last long, since we have already committed to adding approximately 2,600 in 2017. Many of our people have grown professionally, becoming strategic resources within EGP and the entire Enel Group.

EGP is now over 7,500 people, at work in 29 countries on 5 continents, we have more than 1,200 plants in all the renewable technologies and 38 GW in managed installed capacity. These achievements demonstrate our speed in market penetration, made possible by our technical skills and our ability to execute throughout the value chain, from project development to plant construction and operation. Our focus on technical skills has a 4.0 future. Automation, robotics and digitization are now essential to all phases and areas of our work and innovation is part of every process. We imagine robots able to build photovoltaic plants, starting from a digital model, supervised by expert technicians in robotics and IT, IoT solutions for the maintenance and monitoring of hydroelectric plants and integrated systems that allow us to monitor plant management, from operational reporting to predictive maintenance.

In the new markets we enter, we bring clean energy as well as employment, education and economic and social development. In 2016, we completed 192 sustainability projects, benefiting 346,000 people all over the world.

Our principles push us to create value both for the company and, at the same time, for the local communities where we work; we want to bring about development which is shared, sustainable and lasting.

There is one essential prerequisite for doing all of this: the absolute safety of all the people involved in EGP’s mission, the 7,500 professionals that work with passion and dedication to build a sustainable future and all the thousands of people that work for us around the world. This is why we have set the goal of “Zero Accidents”, which means investment, education, innovation and new technologies. In 2016, 99% of our plants and 90% of our construction sites finished the year without any accidents; my commitment, and the commitment of all of us, is to continue to do better until we achieve Zero Accidents.

We picture our future on three levels:

In 2004 he obtained  Executive MBA from Bocconi University.

In 2009 he was appointed Head of Business Development Italy for Enel Green Power, later in 2012 Head of Operations and Maintenance Italy Hydro, Wind & Solar.

In 2013, he became Head of Global Business Development, leading a team of more than 200 people, working in over 20 countries across 5 continents.

In May 2017, he was appointed Head of North and Central America, Sub-Saharian Africa and Asia and Chief Executive Officer of Enel Green Power.

The company is fully committed to energy production from renewable energy sources and it is recognized as one of the best-positioned and more successful operator in the renewable energy sector at the worldwide level.

Enel Green Power: The Future Of Energy Is Renewable #LeadersTalk: How To Win Contracts During Project Bids by Denise... 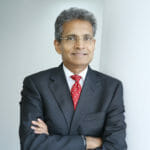