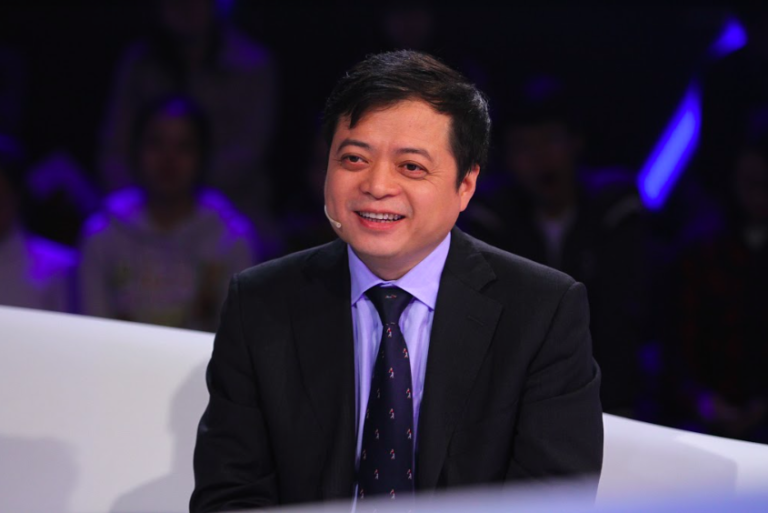 There are 2 Frankfurts in Germany, one is the hometown of poet Goethe on right bank of Main River, and the other is a small city built in the Middle Ages on eastern border, and it faces Poland only across the Oder River.

This small city by the Oder River is bound up with Chairman NAN Cunhui of CHINT Group from Zhejiang, China. In 2014, CHINT purchased Conergy, the largest PV enterprise and module factory in Frankfurt (Oder) and this “marriage” of Made in China and Made in Germany has created appreciable quantity of jobs and tax revenues for the locality. Out of praise of CHINT, the road near the factory was named “Chint Allee” by the local government, and the nearby railway station was also named after “CHINT”, which were extremely rare in history of Germany.

In 2002, NAN Cunhui was elected as CCTV China Economic Person of the Year, “I’m longing for the near future, when there is a well- known brand from China in the world’s manufacturing industry, and its name is ‘CHINT’”, he said at the award ceremony.

Nowadays as“Chint Allee” appears by the Oder River, people have reasons to believe that NAN Cunhui is a step closer to his own dream. Positive exploration in global power and energy reform has developed CHINT into a more internationally popular and recognizable enterprise.

Business Logic Behind Development of CHINT

There is a famous saying from Drucker, “Shoes are real, money is an end result.” Shoes are behind profit and people are behind shoes. Only those who adhere to certain values can make good shoes, and only good shoes can bring good profits.

Values are often the foundation for creation of value, which coincides to some extent with the starting point of NAN Cunhui’s business logic, he wants to develop a truly “value creating” enterprise.

Founded for 33 years and starting with a capital of RMB 30,000 and 8 employees, CHINT has developed into a large private enterprise with annual sales of over 7 billion dollars and 30,000 employees. Its industries cover green energy, electric equipment, high-end equipment, energy storage, industrial automation, and energy efficiency management. This process is also a process of continuously resisting the temptation and struggling forward. In the early period of entrepreneurship, NAN Cunhui and other initial shareholders stuck to no dividend but using all profits for technology R&D and expanded reproduction.

With continuous expansion of enterprise scale, CHINT takes out 3%—10% of sales revenue every year for R&D according to different industry attributes. The R&D expenses for high-end equipment reach around 50%. “Saving money is not so good as saving technology” and “Chasing after both money and brand” have become the real reflections of CHINT staffs’ attaching importance to the stimulating and innovation.

Read more  A One-Man Toy Startup to Watch Out For

According to this business logic, CHINT with great reputation in industrial electric field actively transformed and upgraded in 2006, officially entered the PV power generation field, and took the lead to explore a business model of “construction of power stations and collection of electricity charges”， created entire industrial electrical supply chain from power generation, transformation, distribution to utilization.

Over the years, “Solar City” invested and built by CHINT has risen straight from the ground in the U.S., Bulgaria, Romania, South Korea, Thailand, South Africa, India, Japan, Italy, and other countries and regions. So far, CHINT has completed and operated over 200 grid-connected ground PV power stations in the world, with a total installed capacity of nearly 3GW, and become the largest private PV power generation investment enterprise in China.

At the same time, CHINT has adjusted measures to local conditions, developed the new mode of sand, agriculture, forest, fishing and solar hybrid power generation, taken the lead to implement the O2O resident distributed PV service platform, and become one of the enterprises that develop the Chinese resident distributed PV project fastest, have the highest grid connection efficiency and the most projects.

On May 20, the 7th CHINT International Marketing Forum was inaugurated in Bangkok, Thailand and attended by over 200 CHINT clients and strategic partners from over 80 countries and regions.

On May 23, the energy forum sponsored by CHINT Power T&D was opened in Shanghai, China and attended by experts in power systems, industry associations, and financial organizations from over 60 countries and regions, to discuss the development and future of global electric power technology.

In fact, “International Event” like this has become the norm in CHINT.

“Globalization” of CHINT has developed for over 20 years since the first export order was obtained at China Import and Export Fair (Canton Fair) in the early 1990s. So far, CHINT has set up 3 global R&D centers in North America, Europe, and Asia-Pacific, 5 international marketing sales areas, 14 international subsidiaries, 22 international logistics centers, and its products and services have covered more than 130 countries and regions. Besides, CHINT has set up overseas factory in Thailand, Egypt, Pakistan, and Iran, and its power transformer has taken 70% of market shares in Pakistan. It has invested in graphene new material and technology and optimized the strategic layout in energy storage.

While “going global”, NAN Cunhui also pays more attention to “bringing in”. At present, the smart factory of PV module established in Hangzhou with advanced experience of Germany, represents the highest manufacturing level in the industry and is listed as the “Sino-Germany Intelligent Manufacturing Cooperation Pilot Demonstration Project” by the Ministry of Industry and Information Technology of the People’s Republic of China. Meanwhile CHINT has completed the Internet + Transparent Factory with the world’s largest single capacity in Haining, Zhejiang, and become the pioneer and explorer of the “Intelligent Manufacturing” in the industry. 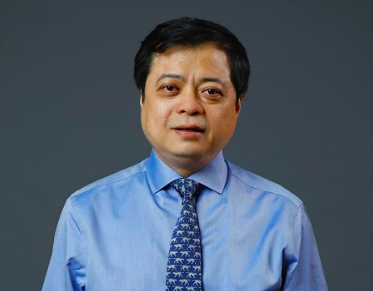 Founded in 1984, CHINT currently owns more than 30,000 employees all over the world with over 7 billion dollars in terms of the annual sales. As a result, it has developed into a well- known leading enterprise in industrial electrical equipment and new energy resources in China.

Over the past 33 years with the onset of entrepreneurship, NAN Cunhui has persevered in the industry advance, the innovation-driven concept, the “people-oriented” thought and the value-sharing culture, which forms the ecosphere of the upstream and downstream of industry chain characterized by harmony and win-win progress. Under the leadership of NAN Cunhui, CHINT is actively dedicated to the commonwealth and chartable cause and the assistance of industrial innovation. Up to now, more than 44.1 million dollars has been donated to the society. 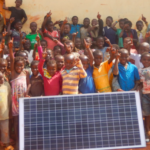 The World Is Becoming 100% Renewable - EKOenergy's Aim To...