We have said it before and we are saying it again: robots are going to take jobs of humans. Dubai recently deployed the world’s first Robocop, and now Germany developed a robot that functions as a priest.

Wittingly named as BlessU-2, the robot priest was designed by engineer and media artist Alexander Wiedekind-Klein for the Evangelical Church in Hesse and Nassau. It was made to spark a discussion about the church in a society increasingly driven by technology.

Like its human counterpart, it can raise its arms and move its eyebrows. It can also express emotions, but only through its digital mouth, and beam light from its hands.

BlessU-2 is multilingual. It is able to deliver blessings in five languages – German, English, French, Spanish and Polish.

It works with a touchscreen on its chest wherein churchgoers can choose the type of prayer they’d like, whether encouragement or renewal. Invocations can be printed out from that function.

Moreover, gender of the robot priest’s voice can also be set with just a few taps.

The Evangelical Church’s Volker Rahn said to CNet, “The idea is to stimulate debate and thinking about the future of the church in a world full of electronic devices – all that with a twinkle in our eye.

“And that works. People who stop by are curious, amused and interested. They are really taken with it, and are very positive,” he added.

While this robot priest has been in used in Germany, Rahn said that there’s no reason for alarm about robot domination in churches.

“Worshipers needn’t worry about clergy being replaced with machines,” he said. “We don’t want to robotize our church work, but see if we can bring a theological perspective to a machine and a world full of high-technology.”

Public ministry of BlessU-2 will go on until September. So far it has been overworked, sometimes requiring the robot priest to be cooled by fan.

It debuted in an exhibit marking the 500th anniversary of the Reformation, an upheaval in European Catholicism that started when theologian Martin Luther published his famous Ninety-Five Theses.

Believe It or Not, This Robot in Germany is a Priest 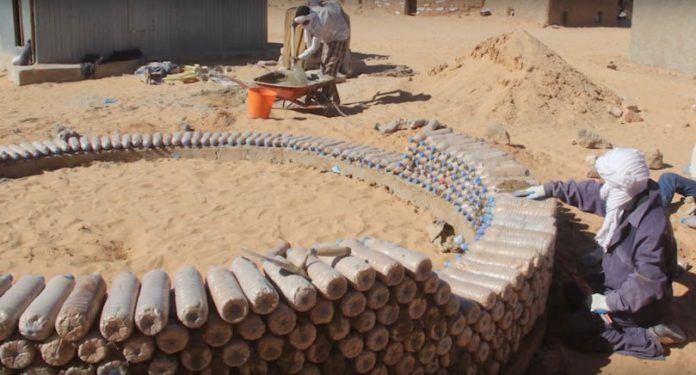 A Refugee Engineer Builds Houses Out of Plastic Bottles in... Overcoming Challenges in the HVAC Industry