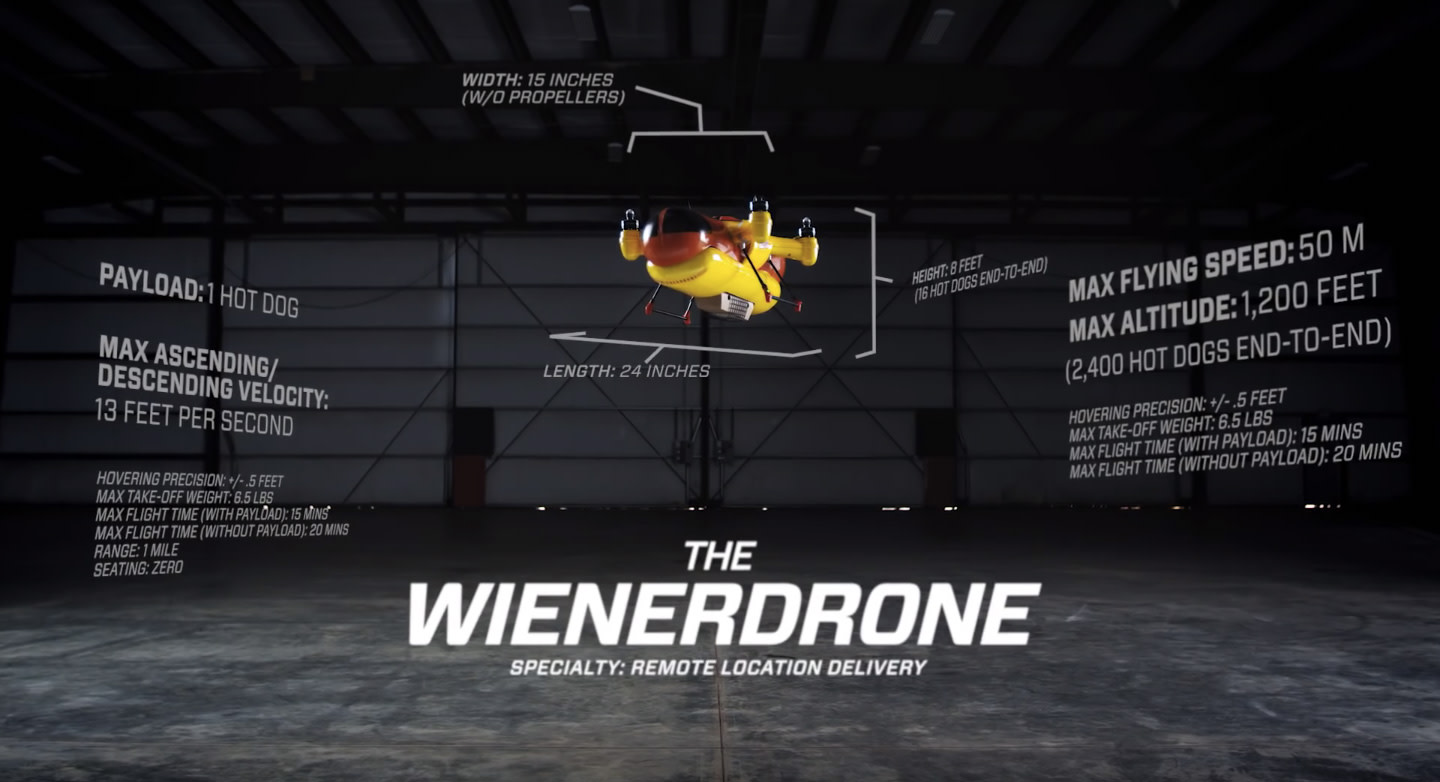 Move over burrito drones, the “first ever unmanned hot dog-carrying aircraft” is here. Oscar Meyer Company, an american meat and cold cut production company, is known for their iconic Weinermobile which is a hotdog-delivering vehicle that is shaped like a hotdog. Now they are expanding their fleet of hotdog delivery vehicles and will include the Wienermini, Wiener Rover, the Wienercycle and finally, the Wienerdrone. Collectively, these vehicles are called the “Wienerfleet”.

Among all the vehicles in the Wienerfleet, the Wienerdrone captures more attention because it doesn’t need a person to deliver the cargo. The company revealed the Wienerdrone method recently, and it offers an aerial delivery of encased meat products. However, it can only carry one hotdog at a time. It’s clearly less efficient than its co-deliverymates in the Wienerfleet like the Wienercycle that has a sidecar to keep the hotdogs it’s carrying warm.

The “first unmanned hot dog-carrying aircraft” has been designed to carry and deliver a hot dog at a time and when it spots the customer, it drops the wiener into their hands in remote locations from the air.

The Wienerdrone along with the whole Wienerfleet is currently travelling around the US this summer to deliver hotdogs and market a new recipe of Oscar Mayer. The recipe was highlighted in May, wherein the company announced that they have removed nitrates and artificial preservatives from their entire line of hotdogs.

According to Greg Guidotti, Oscar Mayer’s head of marketing, “We’re committed to getting our new hot dog in everyone’s hands — and going to great lengths to do this. We knew that was a job for more than just our existing Wienermobile,” he said in a statement.

“So, we’ve expanded our Oscar Mayer fleet, ensuring every American can taste the new recipe because we believe everyone deserves a better hot dog.”

According to Oscar Mayer, the Wienerdrone offers  “remote location delivery,” as well as fly at altitudes over 1,000 feet. The company says that this is the “first unmanned hot dog-carrying aircraft,” and while this method is something fresh, we’re hoping that they will be able to improve the design soon for it to carry more cargo.

Wienerdrone: The Drone That Delivers Your Hotdogs 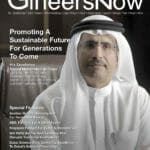 Promoting A Sustainable Future For Generations To Come