This star system is called Kepler-90, and it has quite a lot of planets. Seven of the planets have been discovered in 2013 by a group of researchers, but they missed that the system had a hidden eight planed which was more difficult to spot. Thanks to Google’s machine learning algorithms, it was able to find the faint signal in the data.

“Just as we expected, there are exciting discoveries lurking in our archived Kepler data, waiting for the right tool or technology to unearth them,” Paul Hertz, director of NASA’s Astrophysics Division in Washington, said “This finding shows that our data will be a treasure trove available to innovative researchers for years to come.”

This newly-discovered planet, named Kepler-90i, orbits its star once every 14.45 days. This means it’s much too close to support life. It can be said that none of the planets in the Kepler-90 system can support life, since only the outermost gas giant planets lie within the star’s habitable zone.

While machine learning has been used before in searches of the Kepler database, this research shows that neural networks is indeed a promising tool in searching for some of the weakest signals of distant worlds.

There are other planetary systems that show more promise for life than Kepler-90. Kepler-90i is around 30% larger than the Earth, and is so close to its star that its average surface temperature is believed to exceed 800 degrees Fahrenheit, which is similar with our planet Mercury. Its outermost planet, Kepler-90h, orbits at a similar distance to its star, like Earth does to the Sun.

“The Kepler-90 star system is like a mini version of our solar system. You have small planets inside and big planets outside, but everything is scrunched in much closer,” said Vanderburg, a NASA Sagan Postdoctoral Fellow and astronomer at the University of Texas at Austin.

Read more  In Lithuania, Engineers and Students are Building Bridges Made of Pasta and Glue

NASA Discovers a Solar System Similar to Ours This Company Plans to Use Lasers to Deliver Internet

Institute of Electrical and Electronics Engineers Issues Guide on AI... 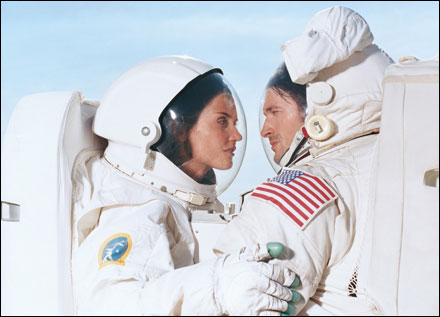