Nowadays, there are a lot of companies who want to teach children how to code. Kano Computing, a London based company is one of them, and they’ve added a colorful twist to their product as well. Kano created the Pixel Kit, a programmable toy that is aimed to light up children’s imaginations and teach them how to code.

The device looks similar to an Etch-A-Sketch and is aimed at engaging children with simple electronics and explore what technology can do through creating different patterns and shapes.

With the help of a simple manual, the kids are to assemble the components and control the device using the company’s software suite. The software suite helps the users get used to the fundamentals of coding. As the children builds pixel art in a methodical way, the Pixel Kit engages them with art and tech at the same time. The users will be able to create endlessly programmable pixel art through doing basic coding by using 16 million colors.

The device takes several minutes to assemble, and once it has been built, the device can be connected to any computer. The device can then be programmed via a web app to create games, colorful animations and light shows. Children can code it to light up in response to sounds, or to display live data feeds like the local time or even the weather. Children can also draw a picture on their computer, and the design instantly appears on the device.

Along with the Pixel Kit, Kano also has products like the Kano Computer Kit and Screen Kit. The pixel kit costs $79.99 as compared to other devices that cost around $150 each. This makes it more appealing to parents who want to let their kids try this technology out. 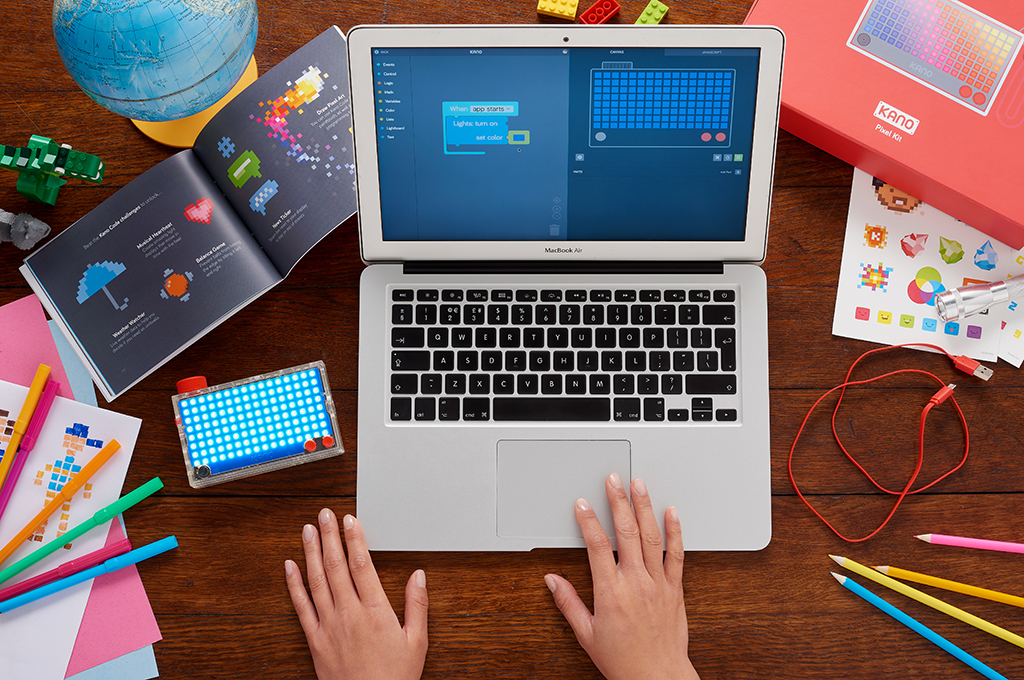 Kano Computing raised $15 million from investors for the creation of these kits. They also created a Kickstarter page, and they were able to raise $1.4 million and $643,000 in a pair of campaigns. In the latest campaign in September 2016, Kano presented three new products namely, the Pixel Kit, a Camera Kit, and a Speaker Kit.

Read more  The Best Tech Launches Of 2017 To Date Engineers, the Tape Measure of the Future Will Be in...

This Leg Wearable Acts as a Chair You Can Sit...