India’s government has just revealed their plans to have the country sell only electric cars by the year 2030. This is delightful news for environmentalists, and devastating for the oil industry.

The government hopes that this plan of eliminating petrol, diesel, and fossil-fuel consuming vehicles in general would eventually lead to the reduction of harmful levels of air pollution in the country. Reports have shown that harmful gasses kill around 1.2 million people in India alone.

With India being one of the world’s leading economies, it’s no surprise that it’s the world’s 3rd largest oil importer, spending around $150 billion every year for it. So the country’s full-on conversion to electric vehicles will put a very significant dent in the oil demand. But hey, if they do, not only will India get cleaner air, they’ll also save up to $60 billion in energy costs for the overall economy, as well as reducing the costs of owning a car for everyday car owners in the country.

Piyush Goyal, Energy Minister of India, says that the government shall fully support the e-car movement for the first 2-3 years, but after that, the production of the vehicles will be “driven by demand and not subsidy.”

While it’s a bit disappointing that they’ll only support the movement for a few years, it’s still a great step from their initial plans to reduce air pollution. Back then, the only policy for such was a law that stated that men could only drive their cars on alternating days, depending on whether their license plate ended with an odd or even number. 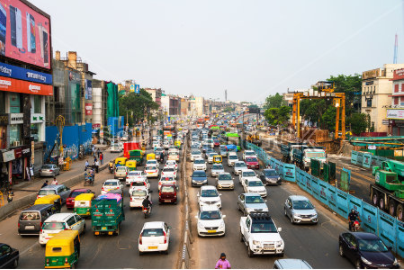 That’s would be good, but as these plans begin to move forward, oil exporters would panic, redoing their calculations for oil demand.

And India’s not the only one trying to move forward in the electric car movement. So is China.

Just recently, the Chinese government had confirmed their plans to push ahead and support the movement to have electric vehicles to account for least one-fifth of the 35 million annual vehicle sales projected, by 2025.

With 2 large economies who import a lot of oil trying to switch to electric vehicles, the Oil industry is uncertain of their future. Oil bosses say it’s too easy to tell what the movement away from petrol and diesel cars would mean for them. However, with Asia being the main driving force of oil consumption and demand, the developments of India and China will have to be watched very, very closely.

India Will Be Selling Solely Electric Cars By The Year 2030